Music for Peace, Social Justice and the Environment

The Gates of Greenham

The story of the women’s peace protest at Greenham Common

With the London Philharmonic Orchestra and Sheila Hancock, narrator

Available on iTunes with the London Philharmonic Orchestra and Sheila Hancock, narrator

Cry of the Earth

A recently revised, large-scale choral/orchestral piece (60 minutes)  which explores the most important issue of our times – climate change and the environment

Music Theatre  exploring the themes of  poverty, equality and social justice – a feisty musical for the new age 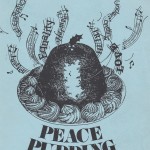 24 songs for the peace movement including Enemies. The Doom Room and The Peacemongers

Finger on the Button The Songs of Tony Biggin and Alec Davison

8 songs published in a slim volume by Stainer and Bell (no longer available commercially but I’ve got a few copies left (you won’t believe the photo of Alec and me back in whenever…!)

A ‘people’s opera’ and community event, with words by Alan Osborne, was commissioned by Islwyn Borough council to celebrate the 150th anniversary of the Chartist uprising in Gwent

Just Give Us the Flowers Now

Just Give Us The Flowers Now to words by Alan Osborne, which was first performed by Evelyn Glennie, the BBC National Orchestra of Wales and numerous community youth music groups from the South Wales Valleys

Unseen, with words by Phil Christopher, was commissioned by Edge Hill University. It is a choral drama which explores international human rights abuse, and Britain’s role within it.