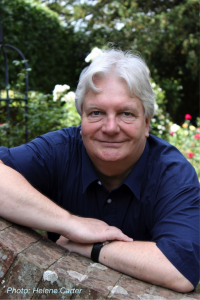 After studying music at the University of Wales, Tony Biggin became a teacher, developing a strong commitment to music education within which the encouragement of creativity for all has been central. Developing from his numerous youth music-theatre pieces, written and produced for schools, he moved on to work as a freelance composer and musician. Concern for peace and justice led to a long-term collaboration with writer, Alec Davison and a string of tuneful and dramatic works ensued, including two secular oratorios, The Gates of GreenhamandCry of the Earth as well as a host of large scale music theatre works such as Fires of Levana, The Bull of Minos and Quest of the Golden Eye.

Performances of his work have taken place in prestigious venues with the London Philharmonic Orchestra, the Royal Liverpool Philharmonic Orchestra, the BBC National Orchestra of Wales and the Manchester Camerata in venues including London’s Royal Festival Hall and the Philharmonic Hall, Liverpool.For some years Tony was Musical Director of Cantor Ltd, a commercial multi-track digital recording studio and computerised music laboratory. As well as taking on concert- based commissions he produced recordings (including Bryn Terfel’s Shwanengesang), processed music for publishers and arranged and composed for T.V., radio, the theatre and concert hall.

Tony composed the Valleys Live commission Just Give Us The Flowers Now to words by Alan Osborne, which was performed by Evelyn Glennie, the BBC National Orchestra of Wales and numerous community youth music groups. Other commissions funded by the Welsh Arts Council include Rhoed y Gair, which was televised by HTV and recorded on the Sain label, and The Forbidden Hymn, a “people’s opera” to words by Alan Osborne. While Head of Music at Edge Hill University (1992 – 2000) he collaborated with Phil Christopher to produce the human rights music-theatre work Unseen as well as Last Gasp, for Saxophone and Orchestra, premiered by Simon Butterworth (saxophone) with the Lancashire Sinfonietta

Tony moved into the leadership of Local Authority Music Services in 2002 when he was appointed Head of Arts for Schools for Harrow Council, London. He subsequently became Director of the East Sussex Music Service between 2005 – 2013 where he wrote numerous annual Great Big Sings for primary aged children involving up to 3000 participants annually and A Sussex Overture for the award-winning East Sussex Youth Orchestra.

In 2014 Battle Festival commissioned Tony to write We Wunt be Druv for local primary school children which was performed at the De La Warr Pavilion, Bexhill on Sea. A further commission included a setting of The Steyning Poem for baritone and orchestra.. The following year Battle Festival commissioned Tony and poet, Ian McMillan, to write The Seven Ages of Man, a children’s musical inspired by Shakespeare.

His Requiem is available on YouTube and was to have been premiered in full in Leiden, NL during May 2020 but Covid-19 means that it has been postponed.

In 2016 the John Lewis Partnerhip’s Cavendish Ensemble commissioned Tony to write A Christmas Day for Orchestra which was premiered in the Royal Festival Hall, London. Most recently, Tony has composed the music toString, a community musical with book and lyrics by Stephen Plaice.A  Covid compliant, semi-staged premiere took place inHailsham Pavilion, East Sussex in September 2021 featuring Roger McGough as narrator – a full theatrical performance will take place in October 2022 with John Bowler, narrator.